The Central Intelligence Agency (CIA) is an independent agency of the US Federal Government, tasked with gathering, processing, and analyzing national security information from around the world, primarily through the use of human intelligence (HUMINT).  The CIA is the only US agency authorized by law to carry out and oversee covert action at the behest of the President of the United States. It exerts foreign political influence through its tactical divisions, such as the Special Activities Division.

After 9/11, the CIA increasingly expanded its role, including covert paramilitary operations. Recently, one of its largest divisions, the Information Operations Center (IOC), has shifted focus from counter-terrorism to offensive cyber-operations.

The CIA offers direct-hire jobs through its career portal; however, the agency frequently works with vetted US private security companies. These strategic partnerships are necessary because of the varying degrees and depths of skills, training and experience necessary to be able to successfully execute certain types of jobs. 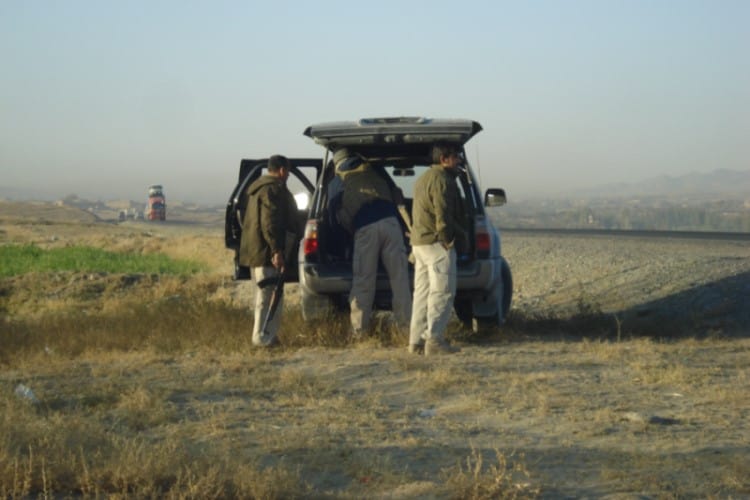 The first thing to know is that working for the CIA requires a person to be a United States citizen and have a relatively clean criminal background. Usually, a bachelor’s degree is also required with a grade point average of at least a 3.0 and above – but a degree is not always required, depending upon the job. Besides these general requirements, recruiters from the CIA will look for people who are fluent in different languages and understand foreign cultures as this makes gathering information abroad more efficient. The CIA also tends to hire those who have a high level of experience in the military, as well as business, economics and biological, chemical and nuclear engineering.

That said, there are many valuable skills that the CIA will look for that don’t necessarily have anything to do with your degree or what’s on your resume. These skills have more to do with a person’s inherent disposition and natural instincts. To exemplify this, the CIA will look for people who demonstrate a profound ability to handle stress, multi-task, problem solve, and manipulate. Also, as with any type of job that requires people to work as a team, the CIA will look for natural born leaders and team players.

Furthermore, you must have a skill set which makes you useful in accomplishing complex and asymmetrical tasks. This can be a bit tricky because there are lots of different skills that can be used to gather the information the CIA needs to operate successfully.

Entry-Level Positions with the CIA If you don’t possess an extensive military background or possess much in terms of high-level skills, there are generally four “entry-level” positions that individuals can apply for after they have met and passed the initial screening and training process.

The first is called Core Collectors and Operations Officers. The people who perform this CIA job work abroad finding, recruiting, and sometimes protecting foreigners who are providing the CIA with useful intelligence.

The next job is Collection Management Officers who evaluate and assign the Core Collectors and Operations Officers their workloads. These higher-ups will then take the information gathered, determine its usefulness and validity and then forward it to the appropriate foreign policy and intelligence communities for further analysis.

Next up are Staff Operations Officers who work as liaisons between the CIA’s home office and the agents in the field overseas. They basically make sure that whatever the President and others high up want done is communicated to those working as agents in a foreign land. This involves covertly traveling to wherever the agents are located and providing them with whatever information they need.

Finally, there are Specialized Skills Officers and they are the agents who are sent wherever their unique skill set is going to be most useful. This can be an area where an agent’s specific language, technical, media relations or combat skills are going to be best served in accomplishing the mission’s goals.

There are many various specialized jobs within the CIA and recruiting for these positions takes extensive and careful vetting. Often times, these operators / agents operate independently or in very small teams. Finding uniquely-skilled and capable operators is a challenge in itself; however, there are even greater challenges in identifying candidates with the right personality and demonstrated maturity. For this reason, the recruitment and vetting process for these roles is complex and involved.

Although field agents may be operating in small teams, there are much larger support teams that exist for those operations. Large support teams also require infrastructure, so there are many jobs with the CIA that exist that range from installation security guards all the way to cooks and cleaners. Even the most mundane job typically requires candidates with a Top Secret clearance. Additionally, Agency jobs almost always require successful completion of a Polygraph examination.

Tough clearance and background check requirements like these present a challenge to the CIA’s overall recruitment process. For this reason, candidates who already possess an active TS/SCI clearance can get their foot in the door much easier than most other candidates.