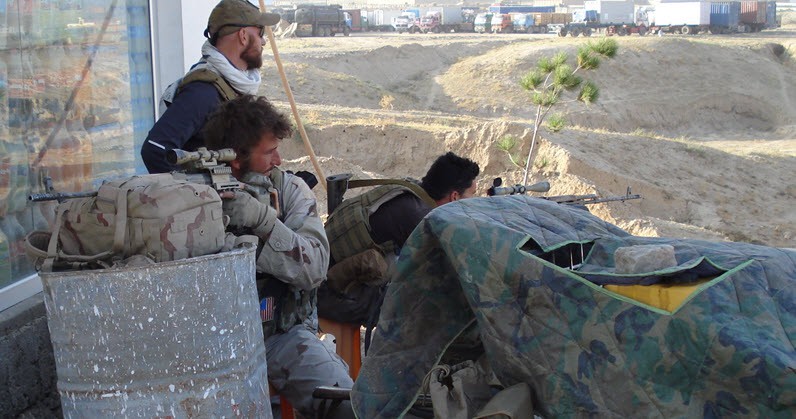 I hear HR Professionals say it all the time: “Good people are hard to find.” But when it comes down to selecting candidates for a job, how are hiring professionals defining “good people”?

In most American families, we send the message early on that college is the best path for success for our children; so much so, that it doesn’t even seem to matter what they study, as long as they come out with a degree. Why? Because, as I hear people say all the time, “…if you want a good job, you have to have a degree.”

While some people would vehemently disagree with this statement, let’s be honest: on more occasions than I can count, I’ve been refused from jobs because I didn’t have a college degree. In fact, most times, my credentials didn’t even get in front of a human being: most responses came in the form of an automated rejection letter informing me that the position required a college degree. And while there are certainly many examples of professionally successful people without college degrees, this doesn’t negate the fact that many employers require one before you’re even considered.

Don’t get me wrong: being a scholar is a great endeavor and a worthy goal for many. But it’s worthy only if treated seriously and purposefully – it shouldn’t be a check-the-box ambition as it has increasingly become.

Is it any wonder, then, that there are more young people than ever that live dependent upon their parents, with flighty ambitions, that are stacked with enormous college debt?

Hiring managers across every industry are finding more intelligent and well-pedigreed talent than ever, but are also finding it increasingly difficult to find character traits like commitment, resilience and grit in the talent pool.

These increasingly sought-after and indispensable character traits are becoming much more difficult to find. Some employers are re-examining their hiring methods and taking a deeper look at what veterans have to offer.

My wife, a West Point graduate, was quickly hired by ExxonMobil Corporation when she discharged from active duty service back in 2008. The company disclosed to her that they faced a huge challenge in filling a mid-level leadership gap. They were looking for with people with demonstrated leadership skills who could effectively bridge the gap between senior leadership and the newest generation of hires. They looked towards US Service Academy graduates as the test pool for solving this problem. And it worked…at least, it worked for the company.

When it comes to enlisted veterans, many people secretly (or not so secretly) view it as a path reserved for those without a promising future otherwise. This couldn’t be farther from the truth. People join the military for a myriad of reasons. Levels of intelligence and abilities span the entire spectrum; however, seldom did I meet a service member who didn’t have good reason, or ambition or purpose in serving.

I’m not claiming that all veterans are rock stars, but the ones that are will knock your socks off in just about any way you can imagine. A veteran isn’t entitled to a job after serving; however, it’s worth it to give them a chance to present their case. Unfortunately, without checking off the boxes on certain credentials, a veteran’s name won’t even make it to the list of possible candidates on a job requisition.

Fast forward several years and a variety of odd jobs later, I finally found my professional footing. After having faced my own difficult transition from over a decade of combat, I reflected on the challenges so many veterans face in seeking meaningful employment. This is when I created Silent Professionals – a job marketplace specifically for military and law enforcement veterans.

In my own case, the challenge wasn’t that I felt I was too good for the jobs I worked — the problem was in the fact that the only jobs for which I was considered were mindless jobs. And combat leadership is anything but a mindless job.

Making decisions – being decisive – while taking full and sole responsibility, are skills and/or qualities that are squashed in large swaths of corporate America. After all, it is extremely uncomfortable to make decisions or let others make decisions when the stakes are high. What if the decision is wrong? Who will shareholders blame?

Combat veterans, on the other hand, make life or death decisions multiple times a day on a daily basis. The stakes are always high and if a decision is wrong, then self-blame is inescapable. These are the skill sets that hiring managers have difficulty translating to their job requisitions since these qualities are largely absent in corporate cultures.

Our veterans today bring a unique spectrum of skill sets to the workforce and, if well-utilized, will be a great boon for our country and economy. Companies are beginning to embrace this idea but are challenged in figuring out how this resource pool can benefit their organizations and how to find the right candidates for the right jobs.

I initially envisioned my job board as an efficient way to reach quality candidates to resource the jobs I needed to fill, being the Director of Operations for a small private security firm. But this rapidly grew beyond my initial vision. Other colleagues began asking for help in finding people to resource their job requisitions. Shortly after that, other companies were referred to me to help find the right skilled resources that were too difficult to find through other methods.

While most of our job requisitions are coming from the defense and private security sectors, we are slowly garnering the attention of other industries such as the oil and gas and tech sectors. With less than three months running, Silent Professionals has put over 250 combat veterans to work in meaningful jobs. This may not be an impressive number to some, but a number isn’t always what matters. When it comes to finding good people, having the right stuff is everything.

At Silent Professionals, we are a small team of former and current operators who are in operational and/or direct hiring roles within various companies across several major industries; many of us have served with each other in combat at one point or another. While we predominantly have representation in the defense and private security sector, we also have significant representation in the Oil & Gas and Tech sectors. We’re also constantly seeking to expand our network of job hiring decision-makers. We all personally understand that the professional transition is difficult – don’t be afraid to apply for jobs on our job board or sign up for notifications. You can also send us an email at [email protected]